Iran, with its ancient history and rich cultural treasures, is among the top 20 countries with the highest number of tourism attractions. Iran is in the 19 UNESCO-designated World Heritage sites, From the world-renowned 2,500-year-old ruins of Persepolis to the archaeological mounds.

In 2014 almost 63 million visited Iran and only 5 million of them came to Iran from other countries. Most of them are from Afghanistan, Azerbaijan, Iraq, Pakistan, Turkey and Turkmenistan, not from Europe or other developed countries.

There is very little knowledge of the process of developing tourism in Iran. Tourism sector in Iran has provided around 1.8% of all jobs and it has contributed to the GDP by 2,3%. Data indicates that tourism industry in Iran suffers from negative growth of the number of tourists. However, the iranian government has put in ractice some plans to develop tourism industry in recent years.

Recently after nuclear deal, by lifting sanctions, there are lots of foreign investors and business owners who are interested in Iran’s economic opportunities and one of this opportunities is in tourism sector.

At present, there are about 1,100 hotels in Iran. However, only 104 of them are listed as five-star and four-star hotels. Aware of the importance of hotels in attracting foreign travelers, Iran offered up to 13 years of tax holidays to hoteliers in international tourism.

“All economic activities related to… tourism will enjoy 100 percent tax holidays between five to 13 years depending on the region”, deputy economy minister Mohammad Khazaei told hoteliers from 18 countries who had gathered in Tehran, many from Europe.

Iran, which was a Zoroastrian country before Islam arrived, is home of some of the world’s most magnificent historical and archaeological sites with ancient ruins, glittering mosques and spectacular landscapes. The most famous is Persepolis, the capital of the largest empire that the world has ever seen; the city of Isfahan; Shiraz, the city of love and poetry; and Hamadan, where Avicenna, the father of early modern medicine, is buried. The capital Tehran is famous for having ski resorts on its doorstep.
The most prominent works of the Islamic period are mosques, shrines, castles and Bazaars in different cities of Iran. The various historical places of Iran include the ruins of the Pasargadae city, remains of Takht- e-Jamshid (Persepolis) palaces and fire temples among many others.

Pasargadae City This archaeological site was a city in ancient Persia, and its ruins lie 87 km northeast of Persepolis, in Fars province of Iran. Pasargadae city was the first capital of the Persian Empire, it was built by Cyrus the Great. The tomb of Cyrus the Great is without doubt the most important monument in Pasargadae. Other attractions in Pasargadae city are a royal ensemble of gatehouse, audience hall, and the residential palace. 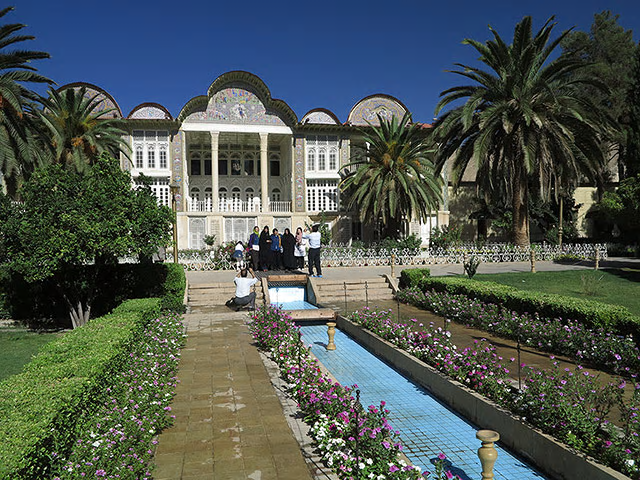 The Eram garden (Garden of Paradise) in Shiraz is a typical Persian garden. This waterway leads towards the historic Qavam house. Shiraz is the city of love and Persian poetry, and home to many touristic sites including the tome of Hafez, a well-known Persian poet from the 14th century. Saadi, another celebrated poet of the 13th century, is also buried in Shiraz.

Naqsh-e Jahan Square (also known as Imam Square and formerly named Shah Square) was constructed between 1598 and 1629, when Shah Abbas moved the capital of his Persian Empire to the central city of Isfahan. This move prompted one of the greatest construction project in history, best displayed by the UNESCO listed magnificent central square.

Shemshak and Dizin, situated in the Alborz mountain range close to Tehran are favourite getaways for tourist during the winter and spring months. 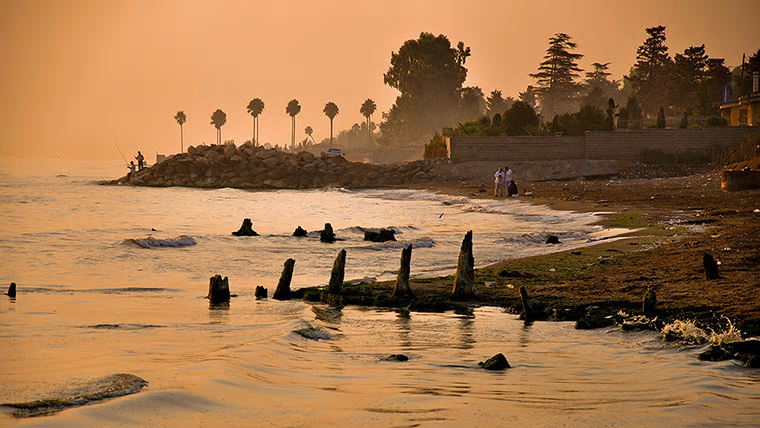 The city of Mashhad, visited by the Muslims to pay homage to the Holy Shrine of Emam Reza, the largest mosque in the world by area which accommodates 20 million pilgrims and tourists every year.

Iranian officials, looking at neighboring Turkey have expressed hope that the country could attract 20 million visitors a year by 2025 and tourism industry can provide 800 thousands jobs until the year 2035. Investors and international companies, international air lines, hotels with high quality and the political stability in Iran can increase the number of tourists and visitors. 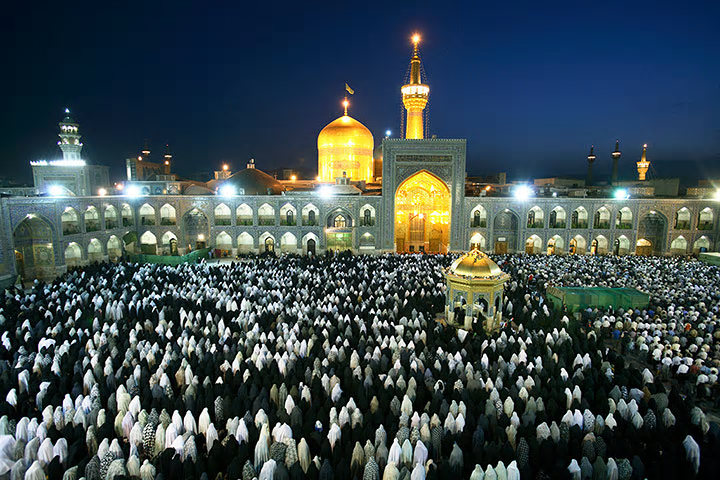